As hard as it may be to believe, it has been just over two months since the last time I posted a review here. I wish I could say the time away was well-spent getting some sort of treatment for my Sleep Apnea, but that is not the case.

What then, you ask, am I doing back here? I collect motivational sayings, and I ran across one that, try as I might, I could not stop from applying to my medical condition and this blog: 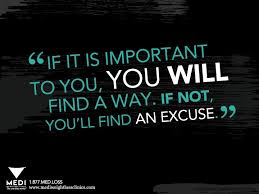 So. I guess we will see if desire and motivation (mixed with copious amounts of coffee and Coca Cola) can overcome the effects of Sleep Apnea long enough for me to bang out this article.

A lot has happened since my last review was published here on February 13. For one thing, we are now into the month of April. As every jazz fan knows (or should know), April is Jazz Appreciation Month!

I am doubly pleased because not only is it Jazz Appreciation Month, the subject of this year’s JAM poster is one of my favorite jazz musicians, the legendary Benny Carter.

I was just on the Smithsonian’s JAM page, hoping to order a free copy of this year’s poster, but it has proved to be so popular that the entire print run was gone by April 7! Thanks to the Sleep Apnea, 2016 has become the first year I missed out on getting a copy since they started giving away these posters. L

You can print your own, however, by downloading the high definition .PDF file available on the poster page of the official JAM web site.

Something else that happened while I was away was the release of bassist Mark Wade’s debut album, “Event Horizon,” a copy of which landed in my mailbox right about the time I temporarily pulled the plug on JFASN.

I couldn’t think of a better way to celebrate both Jazz Appreciation Month and the return of Jazz For A Saturday Night than by telling you about this wonderful new album.

Wade is a New York-based musician who was born December 29, 1974 in Livonia, Michigan. His family moved a few times and eventually wound up in New Jersey. It was there, when he was 14 years old, that Wade taught himself to play the electric bass. Later, at New York University, he took up the acoustic bass on the recommendation of his instructor, Mike Richmond.

In the years since graduation, Wade has kept himself busy playing with various performers in the US and Europe. Besides jazz, Wade is also an accomplished classical musician and has performed with the Key West Symphony.

“Event Horizon” is Wade’s first album as a leader. The personnel are:

“Event Horizon” gives us nine tracks, all of which were written by Wade except for the closing number, Harold Arlen’s “If I Only Had A Brain.”

The album opens with “Jump For Joy,” a light-hearted song that manages to showcase all three musicians without forcing anyone into the background, including Wade himself. All too often the bass player is relegated to time-keeping duty and is intentionally buried in the mix, treated like the bastard step-son rather than like an active, equal part of the group. Not so here.

Here is your chance to check out “Jump For Joy” on YouTube:

“Jump For Joy” is followed by the more contemplative “The Prisoner.” The only words I can think of to describe this one are “quietly intriguing.” Give it a listen and you’ll see what I mean.

Jumping ahead we come to “Singsong,” which, according to the one sheet that Wade sent along with the album, has no melody. Since the melody is the part that most people hum after hearing a song they like, it seems a little counterintuitive to write a song without one. Despite that, whether it has a melody or not, I think “Singsong” is pretty darn good.

Find out for yourself here:

Moving on, “Tossed” has a more traditional sound, but does not sacrifice originality to achieve it. At a little under eight minutes running time, this one is the longest song on the album. “Tossed” and “Jump For Joy” are tied as my second-favorite songs on this album.

I’m coming down to the wire with this one, which I more or less expected would happen, this being my first day back in the writing saddle, to mix a metaphor and mangle it badly. J

What all that gibberish means is, I only have time to tell you about one more song, and it would be foolish of me to make it anything other than my favorite, “Twist In The Wind.” The one sheet describes this one as aggressive and edgy, and I have to say I agree with that.

“Twist In The Wind” also has something the other songs lack, and that is a drum solo toward the end. Ever since I began writing this blog, I have made no secret of my position on drum solos. This one is fairly short and, musically, it works. Unlike the drum solos on most other album, this one exists to support the song, not to stoke the drummer’s ego. In my opinion, intent matters as much as execution.

Give it a listen and see for your self:

After all that, I don’t suppose it will come as a great big surprise when I tell you that I am reasonably certain that you will find Mark Wade’s debut album, “Event Horizon” to be a fantastic addition to your personal playlist, for a Saturday or any other night.

With a group this small, the skill of every musician involved has to be consummate. There is no room for bench-warmers in a trio, and these three guys are anything but. Each of them has given his best, and it shows. (Yes, even during the drum solo.)

To learn more about Mark Wade and his music, visit his web site. You’ll find a nice bio of him on allaboutjazz. And last but not least, his Facebook page is here.

At this point I don’t know if I will be back with another review next weekend or not. I must admit this one went better than I dared hope, so I would say the chances are good.

My original content, including photos other than album covers, Copyright © 2016 by Al Evans. All rights reserved.

Support local jazz! Become a member of the